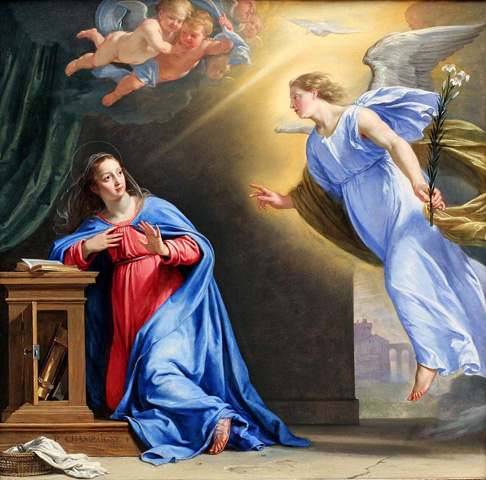 “Our Lady has nothing of her own, that is nothing, which is not the gift of God to her. When we ask her for any grace, we are in fact asking her to pray to God for it for us”. (Letter dated 25th February, 1868)

Marian devotion was really important to St John Henry Newman. He often reflected that a childhood doodle of some rosary beads on the cover of his school exercise book sowed a seed in him which flowered, fully, in his conversion to Catholicism. This devotion was described by him as like a miniature version of the creed. When in old age he could no longer read, and saying mass gradually became more difficult, the rosary became crucial to his spiritual life. Writing from Maryvale, his first home as a Catholic, he suggests to George Ryder, who was struggling with this way of praying, that he should:

“fix a time for saying it, and keep to it. How do you say it? Try it thus, if you don’t so use it at present, but perhaps you do -viz before each mystery, set before you a picture of it, and fix your mind upon that that picture, (e,g, the Annunciation, the Agony, etc.) while you say the Pater and 10 Aves, not thinking of the words, only saying them correctly. Let the exercise be hardly more than a meditation”. (Letter dated 19th September 1848).

May we follow St John Henry Newman’s example in asking for Mary’s intercession in our journey through this present ‘vale of tears’. Remembering as he says: “No one has access to the Almighty as His Mother has; none has merit such as hers. Her Son will deny her nothing that she asks; and herein lies her power.” (Meditations and Devotions)