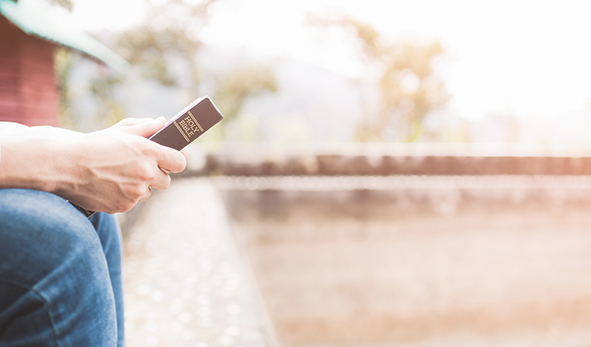 2020 is the Year of the Bible. Joanna Moorhead explains why.

Fleur Dorrell is excited about a book that she knows is life-changing, and she wants everyone to read it. But you don’t have to pour over it cover to cover, she says. ‘A sentence or two could be all that’s needed to make a huge difference to your life.’

The book is the Bible, and Dorrell – lively, sparky, fun – has spent her life being passionate about sharing it. She’s the powerhouse behind a major campaign being run by the Catholic Church in England and Wales on Scripture: it’s called The God Who Speaks, and the idea is to encourage not only Catholics but everyone that the Bible is a living text that impacts on our experiences today as much as on the experiences of anyone who lived in the past.

There’s a myth, and Dorrell is well aware of it, about Catholics not engaging properly with the Bible. But the truth is very different. ‘The Liturgy of the Word is at the centre of the Mass,’ she points out. ‘But that myth has persisted – and now we want to say that perception of Catholics is skewed, and we want to show that we are very scriptural. In fact, for Catholics the word of God is more than the Bible: for us, it’s the word made flesh, and the rituals and sacraments of our faith are its heritage.’

Dorrell, a theologian who worked as both a navy and a university chaplain, and who has a past life in publishing, has been working for the Catholic Bishops Conference of England and Wales for the last three years, in a post funded by the Bible Society. Her work there, she explains, focuses on encouraging people to engage with the Bible creatively, and to realise its inspirational and transformative power. ‘Don’t tell me that God is silent, if your Bible is shut,’ she says. ‘Opening the Bible means opening yourself to the messages of God.’

And those messages can be life-changing, as much in our age as any other. ‘We’re at a moment in history when there’s so much to make sense of, and the Bible is such an important tool for us. Too many people out there in a secular society think being religious means being extreme or mad – what’s important at the moment is the middle ground, and that’s why reading the Bible and really understanding what it has to say is so important. The ideas in there speak to what’s happening to us right now – on Brexit, for example, and on the situation for migrants. You can’t engage with the Bible and not engage with other issues in the wider world. And one of the hallmarks of Catholicism is a holistic approach.’

Being Bible-literate also helps ground Christians in their faith, and gives them confidence to push forward with their lives, linking what happens in the rest of their lives to the word of God. In today’s world, says Dorrell, religion is increasingly seen as a private concern. Reading the Bible, though, makes very clear that isn’t the best way forward. And it helps us establish our identity as not only Christians, but human beings. The Bible has also inspired some of the most important culture, art, music and literature. ‘It also gives us new ways into challenging technology and social media to open up new ways of encountering Christ,’ says Dorrell.

As groundwork for the campaign, Dorrell commissioned research into Catholic attitudes towards the Bible. Of 1600 people surveyed, 84% said they were mostly likely to hear the Bible in church; and 34% said they believed it was extremely important to the Catholic faith. However, 41% admitted they weren’t sure where to begin with it – and it’s this last finding that is the basis for much of The God Who Speaks.

St Jerome will be a focus of the year: 2020 marks the 1600th anniversary of the death of this Doctor of the Church who is best known for translating the Bible into Latin, and for providing Gospel commentaries. Jerome, a convert to Christianity, became a Bible scholar after a period of illness in 373 AD. He settled in Rome, where he embarked on a revision of the Bible, basing his work on the Greek manuscripts of the New Testament.

One legend about St Jerome holds that, during a period of solitude in the wilderness, he chanced on a lion with a thorn in its paw – and despite the obvious dangers that it would attack him, he managed to remove it. In gratitude, the lion accompanied Jerome on his travels and guarded him, which is why he’s often associated with a lion to this day. Because of that, the mascot for The God Who Speaks is a lion wearing a T-shirt that reads: ‘The God Who Roars’.

The God Who Speaks will include events across England and Wales at diocesan and parish level, including Bible Society Dome events in cities including Manchester, Liverpool, Newcastle, Nottingham and Swansea. The dome uses innovative film technology inside a large nine-metre structure, and gives visitors the chance to encounter Bible stories through immersive 360-degree experiences.

Dorrell says her hope is that much of the impetus will come also from the grassroots, where people will reach out to share the many resources available through the campaign website. Amongst the highlights of the year will be:

Dorrell says she’s hoping schools will get involved in a wider sense and might, for example, think about asking children to dress up as Bible characters for World Book Day.

In addition, the campaign will offer a number of grants to fund innovative projects to inspire individuals and communities to engage with Scripture around England and Wales. Grants will be of two kinds: some will offer Scripture-based projects that equip and enable disabled people to engage with the Bible, while others will be for funding diocesan Scripture-based projects that reflect the ambitions of The God Who Speaks, and which encourage a creative, innovative and sustainable exploration of the Bible and its teaching.