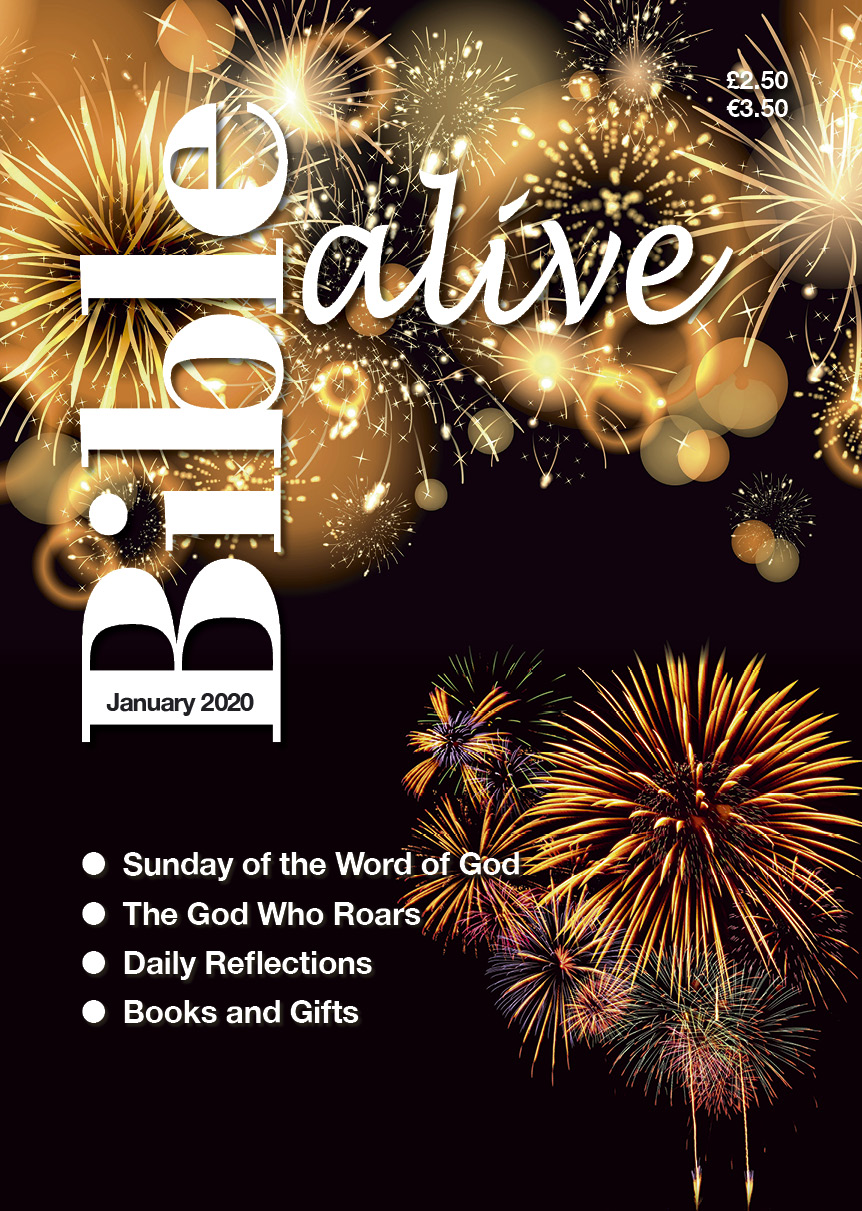 St Francis Apostle of the Poor 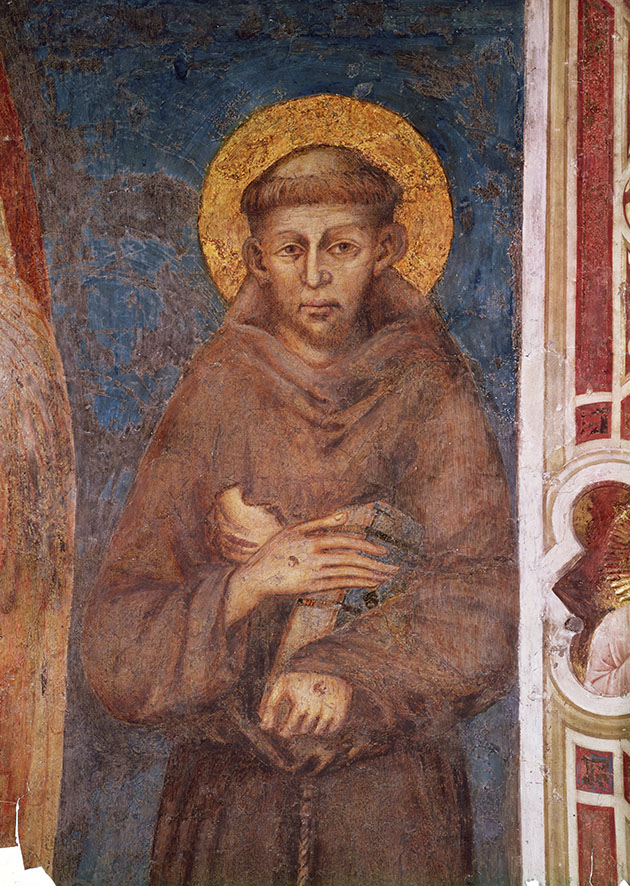 Cardinal Claudio Hummes is a great friend of Pope Francis. In the Conclave when it looked increasingly likely that Cardinal Jorge Bergolio would be elected Pope, Cardinal Hommes approached his old friend to offer words of comfort and encouragement. Pope Francis said of this encounter: ‘He hugged and kissed me and said: ‘Don’t forget the poor.’ These words had a powerful impact on Cardinal Borgolio, who chose to be called Francis – ‘the man of poverty, the man of peace, the man who loves and protects creation. How I would like a church that is poor and that is for the poor.’

In the Bodleian libriary at Oxford University, a manuscript from the thirteenth century, the Annals of Inisfallen, records for 4 October: ‘On this day the good man Francis of Assis died.’ Every year Franciscans around the world remember ‘the good man Francis’ on the eve of his feast day, in a ceremony called the ‘Transitus’ – the passing over of St Francis. We remember the events surrounding his death. We remember how the doctor told St Francis of his impending death and how he immediately broke into a song of praise. ‘Welcome, Sister Death.’ We remember how the dying St Francis told the brothers to read the Passion from St John’s Gospel beginning with the words: ‘Six days before the Passover’.’ (John 12). We remember how he blessed, read and gave it to his brothers; how he told them to lay him naked on the ground and sprinkle ashes over him; and how his brother Guardian commanded St Francis to accept a loan of a habit and then covered his naked body with it as he lay there. We remember, too, how in a voice barely audible he prayed, ‘I cry with my voice to the Lord, with my voice I make supplication to the Lord. Bring me out of prison, that I may give thanks to your name.’ (Psalm 141:17). On the eve of October 4 we give thanks to the Father who called the poor man of Assisi to pass from this life into joy of the next.

Who then was this man who imitated Christ so radically? St Francis was the second son of Peter and Pica Bernadone and was born in Assisi in 1182. He was baptized John, but his father, a cloth merchant, returning from the international fair in Champagne, changed his name to Francis after the country he loved so much. The world St Francis was born into was feeling the winds of change which were blowing over Europe and the East. These winds were of new trade but also war, strife and conflict. Indeed, only a few years after his birth St Thomas Becket was murdered in Canterbury Cathedral (1187). Saladin conquered Jerusalem and this led to a bloody crusade.

In an age without the NHS, social care or medical treatment leprosy was a terrible scourge. St Francis was to comment: ‘I was nauseated by the sight of lepers.’ Anyone so afflicted was banished outside the city walls of Assisi. The Church ritualized the exclusion by insisting that lepers wore distinctive clothing, were forbidden to go near wells, speak to children or attend a trade fair and were buried in their own cemeteries. Within the walls of Assisi civil unrest was endemic; the merchants wanted to break the shackles of the feudal system and break free from its punitive tax and form their own guilds. In 1198 Assisi attacked the Rocca fortress of the Duke of Conrad, pitching the merchant and noble class in bitter conflict. In 1202 what began as a local dispute escalated into a full scale war with neighbouring Perugia. Among the families displaced were the family of St Clare of Assisi, who would later become one of St Francis’s faithful disciples. St Francis fought in this war and was taken captive and imprisoned for a year. St Francis the man of peace was once a man of war!

It was during this time that St Francis’s conversion began. Many years later, writing in his Testament, he said: ‘I began to do penance, for when I was in sin it seemed bitter to me to see a leper. And the Lord led me among them and I showed mercy to them. And when I left them I noticed that what had seemed bitter to me was turned into sweetness of body and soul. After this I delayed a little but then left the world.’ (Testament 1-3). His encounter with lepers taught him about the love of God revealed in Christ Jesus our Lord. One day, while walking by the church of San Damiano, which was abandoned and in ruins, he was led by the Holy Spirit to enter the church and pray before a crucifix. Deep in prayer, he heard God speak to him, ‘Francis, go rebuild my house; as you see, it is all being destroyed.’ St Francis understood this to mean that he had to find the money to help rebuild the church of San Damiano! He loaded a cart with expensive cloth and went to market. He quickly sold the lot (including the horse and cart) and made a tidy sum. The only problem was that he had taken the cloth without his father’s permission, who duly hurled him before the bishop’s court. During his trial he received a revelation about the grace of poverty and realized that money wasn’t the answer, but faith and service of the poor. He returned the money and even the clothes he was wearing saying: ‘Until now I have a father here on earth but now I can say without reservation, ‘Our Father, who art in heaven’ since I have placed all my treasure and hope in him.’ (The Major Legend of St Francis 5). St Francis the went from door to door begging for help to rebuild the church. From that moment on St Francis understood his mission literally as restoring churches and serving the poor and lepers. One day, however, in the church of St Mary of the Angels the Holy Spirit spoke to him the words from Matthew’s Gospel, ‘Go and preach, take no gold or silver, nor copper in your belts, no bag for your journey.’ After Mass he asked the priest to explain this reading to him… that the gospel message was to be lived and proclaimed. The veil was lifted. St Francis understood his mission; he was to proclaim the gospel and if necessary use words! Thomas Celano, his biographer, recorded that St Francis exclaimed: ‘This is what I want, this is what I seek, this is what I desire with all my heart.’

For the rest of his life St Francis lived these words. He devoted his life to being a peacemaker; reconciling the mayor and the bishop of Assisi, warring townspeople and taming a hungry wolf. He was even received by the Sultan Melek el Kamil, reaching out to him in friendship and respect. In 1223 at Greccio he reinacted the birth of Christ, wishing to ‘see as much as possible with my own bodily eyes the discomfort of his infants needs, how he lay in the manger and how with an ox and an ass standing by he rested his head on the hay.’ (1 Celano, 84). And so was born the tradition of the crib! Two years before he died, on Mount La Verna, St Francis received the stigmata, and on October 4, 1226 as he lay dying he said to his brothers: ‘I have done what is mine, may Christ teach you yours.’

St Francis embraced his vocation as a missionary disciple. Through the grace of baptism we have received the same calling and seek the grace of the Holy Spirit to guide and lead us as we pray:

« Prayers before the Blessed Sacrament
Inspired » 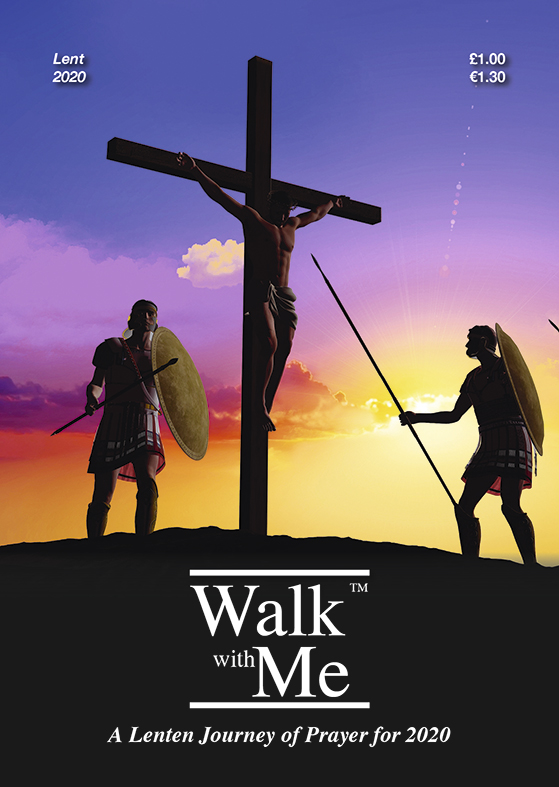