Bringing God to the House 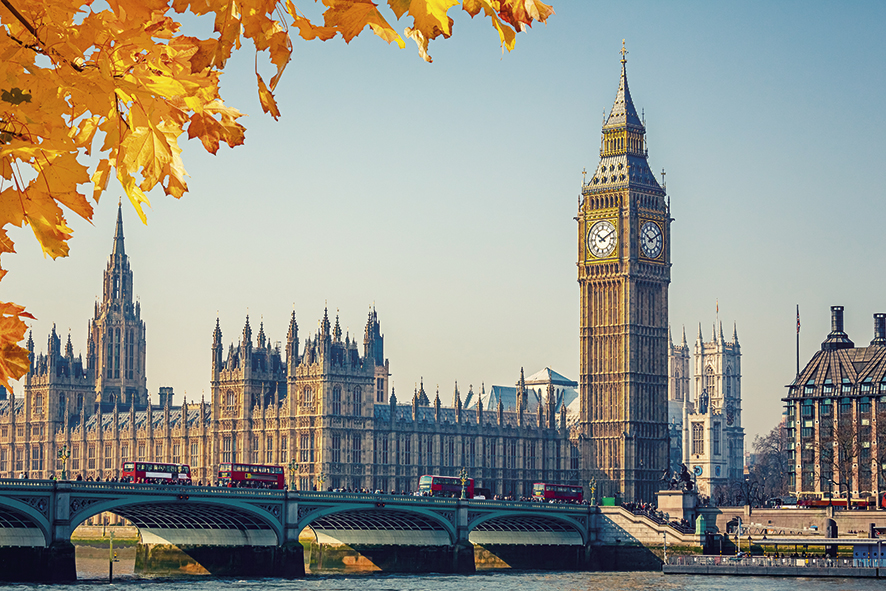 Most of the black women who work in Parliament are cleaners or caterers, and if Rose Hudson-Wilkin didn’t wear a dog collar, she would probably be mistaken for one of them. Not that there’s anything wrong with being a cleaner or caterer, as she’s quick to point out. But she’s a priest, the chaplain to the Houses of Parliament, and a staunch campaigner for greater visibility for people of colour in high-ranking positions.

Rose grew up in Jamaica: as she puts it, she had the great good fortune to grow up there, because it meant she was surrounded by black women and men who fulfilled all roles in society, including the highest of posts. ‘Everywhere I looked, there were people just like me,’ she says. ‘So I knew I could do anything I wanted with my life. It’s so powerful to be able to see your reflection in others.’

Her early life in Jamaica was no picnic, though. When Rose was just a year old, her mother went to live in the UK. Probably, she says, the plan was to send for her and her sister, who remained in Montego Bay with their father: but somehow the summons never came, both her parents found new partners, and it wasn’t until she was nine that she met her mother again, on a trip home to Jamaica.

The lack of a mother didn’t mean a lack of love, but it was the kind of love that’s shown in actions, and cuddles and endearments were in short supply. Much of her validation came from the extended community at her church: the other worshippers were always there for her, Rose recalls, interested in her school career and her life and plans. ‘We were fortunate, because there was a shortage of priests at the time and that meant the people shared the task of leading the worship. So sometimes it was the turn of the young people to lead, and that gave me amazing experiences. I preached my first sermon at 14!’

Around the same time, she began to wonder whether God was calling her to the priesthood. ‘One night I had a dream that disturbed me, and I couldn’t go back to sleep,’ she remembers. ‘I reached for my Bible, and it fell open at Luke 4 – ‘The spirit of the Lord is upon me’ – and I thought, wow. And the next day the reading was from the same passage in Isaiah. I thought, this is no coincidence – it’s a call.’

The only problem was that women were not at that time being ordained in the Anglican church: but Rose was unperturbed. ‘I thought, I’ll just trust in God. I believe I’m being called, and I’ll obey that call. If God wants me, things will change.’ She joined the Church Army, and was sent to the UK for training, and while there met her husband Ken, a Geordie who was later ordained. The couple had three children (now aged 27, 29 and 31, and there are also three grandchildren), and for the next few years Rose focused on being a mother – but she never forgot her calling, or her belief that her time would come. As her children got older, and after the Anglican church admitted women to the diaconate, she applied for the training course, was ordained in 1991, and became one of the cohort of women deacons who were waiting eagerly when the Church of England general synod voted to admit women to the priesthood in 1992.

Parishes followed, first as a curate and later as a parish priest – and there were difficulties sometimes with churchgoers who were not comfortable with the idea of women’s ordination. Being a black woman priest made her an outsider twice over, she says: but she was determined to see the positive changes, and the fact that this was the moment to claim her inheritance – not just on her own behalf, but on behalf of young black people and women everywhere, who could now see the church hierarchy as belonging to them, as being open to all. The archbishop of York, John Sentamu, was a strong ally, and she spent 10 years building up strong and vibrant parishes in east London.

A decade seemed long enough in her job, and she was starting to think about moving on when Ken phoned her one day with some news. She was in Jamaica at the time: Ken was calling to say he’d heard that Westminster Abbey was looking for a new priest whose work would include being chaplain to the Houses of Parliament. ‘My gut feeling was, walking around in robes all day isn’t my idea of work,’ says Rose. ‘So I thought, it’s probably not for me.’ But several more people mentioned it to her, and she decided she should check it out. Parts of the job appealed more than others: she applied, as did more than 90 others, and after the final stage interviews it was decided to change the way the role is organised, so Rose could remain in her parish but take on the role of Parliamentary chaplain as well.

We meet in her office in the Palace of Westminster: it’s off the hallway of the Speaker’s House, and while we’re chatting John Bercow appears with his children, back from the school run, and the two greet one another warmly. Rose’s role at Westminster is closely connected with Berkow’s: each day at the start of the sitting in the House of Commons, she delivers the prayers for the day. ‘MPs often come up to me afterwards and say how moving they find the prayers, and how important they are to everything that happens there,’ she says. She doesn’t say prayers in the House of Lords because the bishops who sit there lead on that; but she also leads two communion services a week in the beautiful chapel of the Palace of Westminster, as well as officiating at weddings and baptisms (staff and members of the Houses are entitled to use the chapel for their family occasions).

Rose is the 79th Parliamentary chaplain, but the first-ever woman, and the first-ever person of colour. As at other moments in her life, she’s a trail-blazer. ‘I feel like Esther,’ she says, ‘who was told: you are here for such a time as this. I am able to be visible here, and I go off around Britain giving talks and preaching. I especially enjoy giving talks in schools, because I’m so aware of how important it is that the young people of today see someone like me in a job like this.’

She’s long been spoken of as a likely bishop; she’s not ruling it out but nor is she holding out for it either. ‘I’m not holding my breath,’ she says, ‘but if I’m called to serve then it would be something I’d consider. The important thing is to be focused on what you’re doing, and I’m still very much focused on life at Westminster.’

When I ask what’s been the highpoint of her seven years at Westminster, she answers without missing a beat: that’s an easy one. ‘Without a shadow of a doubt, it was meeting Barack Obama. I was in my robes and he took my hand and he said, ma’am, you look spiff.’ And she throws back her head and laughs, a big, happy laugh, remembering that moment when the most powerful leader on earth met the chaplain of the Palace of Westminster, and both revelled for a few moments in their shared African roots, how far they’d come, and how important it was that they’d made their respective journeys.