On the Pope’s Wavelength

Wherever Pope Francis goes, Vatican Radio goes too. Joanna Moorhead travelled to Rome to meet the people who help keep people across the world in touch with the Pontiff.

A year ago, most of us had never heard of the then Jorge Bergoglio; today, he’s one of the most famous people on the planet and his words and gestures, sermons and comments have been credited with changing many people’s attitudes towards Catholicism and Christianity. And much of what we know about Pope Francis on a daily basis comes from one crucial source: Vatican Radio, whose reporters go wherever he goes and whose work ensures that wherever people are on the planet, they can tune in minute by minute, hour by hour, with what’s going on at the centre of the Catholic Church.

The microphones of Vatican Radio, along with the cameras of Vatican TV, shadow Pope Francis in his daily life: the world’s media can’t be everywhere he is, but his own media outlets can and are. And being there to hear what the Pope says and see how he reacts to what’s going on around him is, says Philippa Hitchen who works for the English section of the radio station, a fascinating job. ‘A day doesn’t go by without some inspiring event or occasion,’ she says. ‘And everyone who comes to Rome presidents, prime ministers, world, leaders come to the Vatican to see the Pope, so there’s always a big name around. And it’s certainly not just the famous people who are inspirational, you meet ordinary people from around the world, and people like the sisters who come here are often doing amazing work as well, like the nuns I met last week who work with trafficked women.’

These days, says Sean-Patrick Lovett, head of the English section of Vatican Radio, the medium he works for certainly isn’t just broadcast via transistor radios: in fact the best way to listen to the station is over the internet. But the Vatican’s media also uses Facebook and Twitter, YouTube and podcasts ‘We call them Godcasts round here,’ says Lovett.

The Vatican has always been at the forefront of communications media. Pope Benedict made headlines around the world with his inaugural tweet back in December 2012, but this foray onto Twitter (which has been continued by Pope Francis) is in mould-breaking terms – nothing new. Vatican Radio is, says Lovett, ‘the grandfather of all radio stations’, making its first broadcast in 1931 a few years after the BBC was set up. And the first voice heard on the station could hardly have been a more apt one: it was that of Guglielmo Marconi, a faithful Catholic and the man usually credited with inventing radio, who had formed a friendship with the then Pope, Pius XI.

‘Pius was a closet scientist, and he was looking for a way of getting the message of the church out beyond the immediate surroundings of St Peter’s Square,’ explains Lovett. ‘He had his newspaper, l’Osservatore Romano, but that had been set up in 1861 and there was a new medium available now, the medium of radio. The Pope had heard about Marconi and his invention, and he called him in and asked him whether he could use it to speak to people thousands of miles away.’

In the early days, programmes on Vatican Radio were broadcast in Latin but over the next few years they began to be in Italian, and then in English and French: today, the station broadcasts in 41 languages. Through the 20th century, the radio station was often at the forefront of history. ‘Vatican Radio was the first station to denounce concentration camps, and it was considered such a threat to Hitler that Goebbels wanted it to be bombed,’ says Lovett.

‘After the war it took a leading role in helping to reunite people with missing relatives: around a million missing people announcements were broadcast, and many people found their loved ones as a result.’ The station played a role in getting the messages of Vatican II out to the wider church; and during the Cold War, its programmes were the only contact some Catholics in some eastern bloc countries had with the church.’

Pope Paul VI was the first pontiff to travel, but it was John Paul II who became a genuine globetrotter and where he went, Vatican Radio went too. And as more people across the world saw the Pope in their own country, so more of them tuned in to Vatican Radio to keep in touch with him once he went home: and so the station’s listenership grew.

Pope Francis has yet to visit the HQ of Vatican Radio; but his predecessor, Pope Benedict, broadcast to the world from one of its studios- and in time, Francis is likely to do the same. How far, though, does the Pope’s office ‘control’ what goes out on Vatican Radio? How much independence do its journalists and programme-makers have?

The answer, according to Lovett, is they’re certainly given plenty of room for manoeuvre. ‘Of course there are parameters, but wherever you work there are parameters,’ he says. ‘Most of them are unwritten. No-one is telling me what I can and can’t say on air. But if I was working in the White House it would be the same: I would want the best for the president, and in this job I want the best for the pope.’

The Vatican’s most famous means of communication is via puffs of smoke from the Sistine Chapel during a conclave, and it still publishes Papal encyclicals in Latin. But alongside what might be called these more traditional means of keeping in touch with the faithful, various Pontiffs have been trailblazers when it comes to keeping in touch.

In August 2013 a group of teenagers visiting Rome had a private audience with the Pope, and a group of them asked him to pose with them for a picture.  This first-ever Papal ‘selfie’ went viral on social media.

In exactly 140 characters, Pope Benedict’s inaugural tweet in December 2012 read: ‘Dear Friends, I am pleased to get in touch with you through Twitter. Thank you for your generous response. I bless all of you from my heart’

In January 2009 Pope Benedict welcomed viewers to his YouTube channel, calling it this ‘great family that knows no borders’ and saying he hoped they would ‘feel involved in this great dialogue of truth’ www.youtube.com/vatican

The Vatican website, at www.vatican.va, went online in 1995 one of the first websites in the world. It was originally built as a repository of church documents, but has hugely expanded since to embrace all aspects of the Church’s life

‘With the help of God, who places so many mysterious forces of nature at man’s disposal, I have been able to prepare this instrument which will give to the faithful of the entire world the joy of listening to the voice of the Holy Father.’ So Guglielmo Marconi opened the first-ever programme on Vatican Radio on February 12 1931. He was followed by Pope Pius XI who made his address in Latin some cathedrals, where people had gathered to hear him, had translators on hand so listeners could understand what was being said. www.en.radiovaticana.va 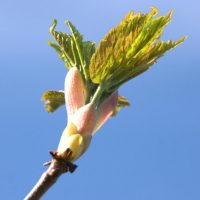