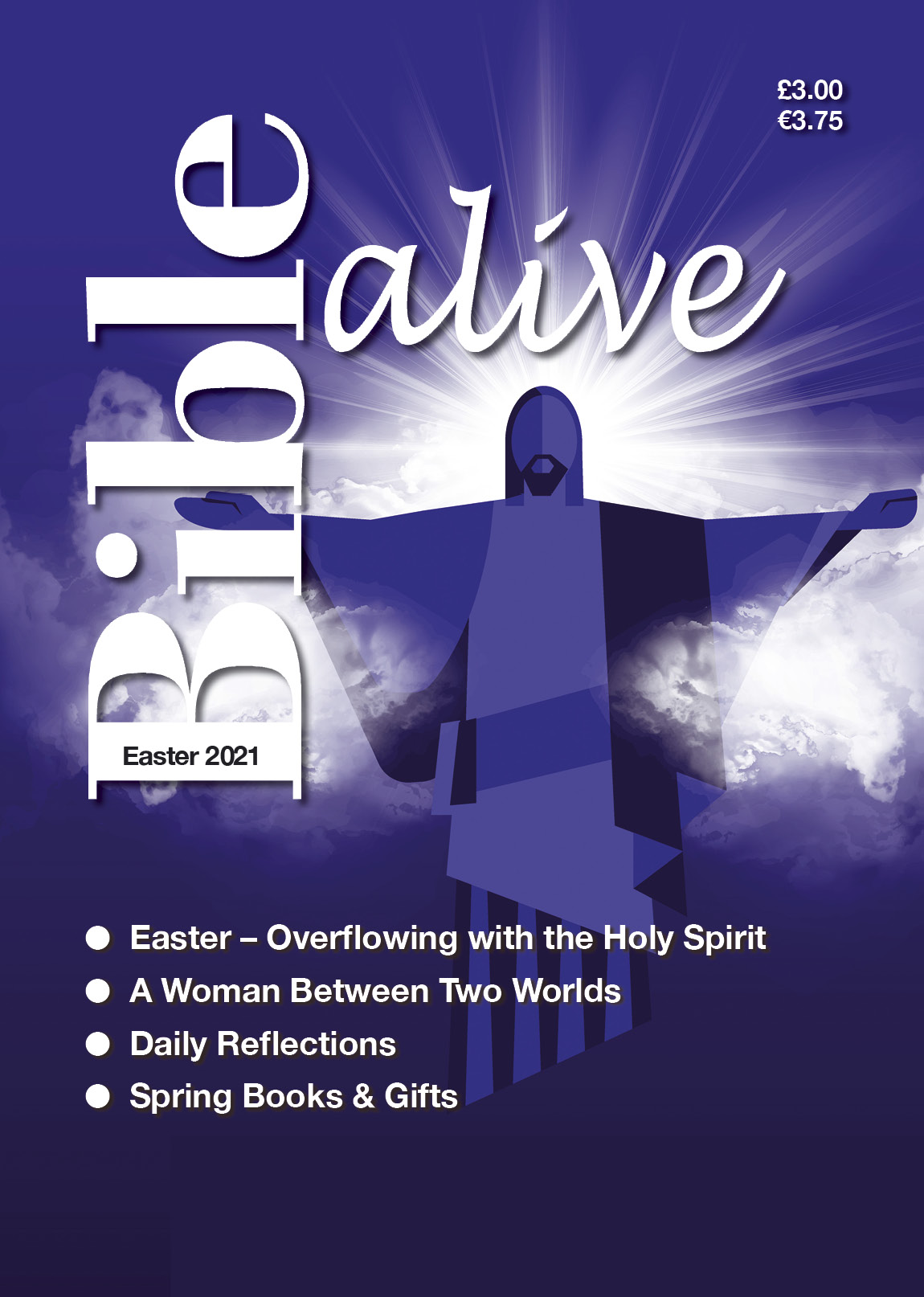 The Eucharist: Foretaste of the Heavenly Life 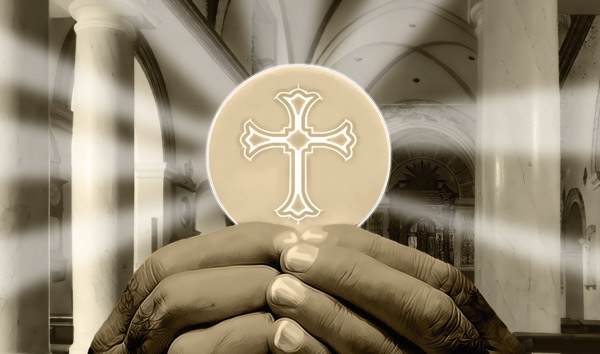 Between June 10-17 the 50th International Eucharist Congress takes place in Dublin.  The theme of the Eucharistic Congress is The Eucharist: Communion with Christ and with One Another.

The Eucharist is the source and summit of our faith and we are blessed indeed to receive it as it is a foretaste of the heavenly life to come.

When we celebrate the Eucharist we join our own offering of our lives in worship of the Father with the redeeming sacrifice of Jesus.

By sharing in the liturgy, and most of all by eating and drinking the Body and Blood of the Lord, a marvellous union takes place between ourselves and Jesus Christ, and also between ourselves and every other member of the Church throughout the world and throughout time. This union is brought about because together we are taken into the perfect offering of Jesus and because we take into ourselves his real presence. What we eat and drink becomes part of us and in the Eucharist we become part of the body of Christ both by joining ourselves with the worship and by the intimate action of sharing the meal. We should take time each Sunday to consider the awesome reality of what we are doing and the consequent unity with Christ and with our brothers and sisters. In this way our lives can become transformed by a sense of our oneness with the Lord and by a sense of the new relationship that is established between us all.
It still remains for what is now complete in Jesus to become complete in each one of us and in creation as a wholeThe Son of God first took on humanity and then in the act of his redeeming sacrifice he further took bread and wine as the new mode of his presence among us. In the Middle Ages the Church adopted the word ‘transubstantiation’ as an appropriate word to describe the change that takes place in the bread and wine as Jesus becomes present and as his sacrifice becomes a permanent reality in our midst.

The early Fathers of the Church, especially those of the East, saw another purpose in the incarnation and in the Eucharist. The Church came to realize that Jesus, as well as effecting our salvation, was also taking up humanity and even creation itself and transforming it. This transformation of all creation is the ultimate purpose and plan of God. Paul says: ‘For he has made known to us in all wisdom and insight the mystery of his will, according to his purpose which he set forth in Christ as a plan for the fullness of time, to unite all things in him, things in heaven and things on earth’ (Eph. 1:9-10).

This process has begun but is not yet complete. By rising from the dead, his human body now transformed and glorified, Jesus has taken our humanity into a heavenly existence as part of the life of the Trinity. But it still remains for what is now complete in Jesus to become complete in each one of us and in creation as a whole. ‘We know that the whole of creation has been groaning in travail together until now; and not only the creation, but we ourselves, who have the first fruits of the Spirit, groan inwardly as we wait for adoption as sons, the redemption of our bodies’ (Rom. 8:22-23).

The full work that Jesus came to do is not yet complete, but the Eucharist is both the beginning of that work and the means by which it will be brought to completion. On the one hand, the Eucharist represents the beginning of the transformation of creation. Bread and wine are themselves one small part of creation, and in a certain sense they represent all created things. The Eucharist shows how Jesus will, in the fullness of time, draw the whole of creation into union with himself. By celebrating and eating and drinking the Eucharist we human beings begin to be drawn into union with Christ and our personal transformation is under way.

Of course, the time for these things to be accomplished will be when the heavenly Lord himself returns and raises our bodies to life. The pledge or guarantee that this will happen is the Holy Spirit dwelling in us. But John tells us that eating and drinking the Eucharist is also a pledge of our resurrection and transformation: ‘he who eats my flesh and drinks my blood has eternal life, and I will raise him up at the last day’ (John 6:54).

Cardinal John Henry Newman described the Eucharist as the foretaste of heaven, because Christians ‘seek him in invisible presence, whom hereafter they shall see face to face’. Thus we can see in another way that the Eucharist points us forward to the second coming of the Lord – not only because humanity and all creation will be transformed, but also because we will see the Lord in all his glory, whom we now see in the Eucharist only with the eyes of faith. Nevertheless, the same Lord who will come again is the Lord we worship and receive in the holy sacrament.

The sacrifice and self-offering of Jesus to the Father on behalf of sinful humanity did not come to an end with Jesus’ ascension into glory. In his vision of heaven, the author of the Book of Revelation sees Jesus as a Lamb standing ‘as though it had been slain’ (Rev. 5:6). The liturgy of worship of him who sits on the throne (God the Father) continues in heaven. But the Lamb is at the heart of it. He is the one who with the Father is worshipped and adored, but he also is the one who continues his sacrifice of self-offering love to the Father and, as head of the Church and of all creation, draws everything and everyone into this heavenly liturgy. We can say, therefore, that our celebration of the Eucharist is not only our entry into the sacrificial death of Jesus, but also our participation in the everlasting liturgy of heaven, a participation that will be complete when he comes to raise us and bring us together with him to heaven. As Paul remarks: ‘For as often as you eat this bread and drink the cup, you proclaim the Lord’s death until he comes’ (1 Cor. 11:26).

Our celebration of the Eucharist is not only our entry into the sacrificial death of Jesus, but also our participation in the everlasting liturgy of heavenAll of this has implications for the way we celebrate the Eucharist. We should learn to celebrate the Eucharist as a way of expressing our hope and our longing for the Lord Jesus to come again. This is not, perhaps, a way that we have typically approached our celebration of the Eucharist, even though the Mass at various points expresses this cry of the Church, which is so boldly proclaimed by the author of the Book of Revelation: ‘The Spirit and the Bride say, ‘Come.’ And let him who hears say, ‘Come’… He who testifies to these things says, ‘Surely I am coming soon.’ Amen. Come, Lord Jesus!’ (Rev. 22:17, 20).

In the Mass the Creed proclaims: ‘He will come again in glory to judge the living and the dead’; two of the memorial acclamations after the consecration refer to Christ’s coming again. In the season of Advent the focus is particularly on the Second Coming, and in funeral liturgies too we express our hope that the dead will be raised to life when the Lord comes again.

Coming together for the Eucharist should be the time of our most intense longing for the Lord’s return. The more we appreciate the mystery of the Eucharist, both in what it achieves and in what is still needing to be brought to completion, the more we shall celebrate it and experience it as the deepest cry of the Church for the Lord to come.

Whenever the Church celebrates the Eucharist she remembers this promise and turns her gaze ‘to him who is to come’. In her prayer she calls for his coming: Marana tha!, ‘Come, Lord Jesus!’ ‘May your grace come and this world pass away!’ (Catechism of the Catholic Church 1403)

« The Power of the Deep
God Save Our Queen »