Looking after Lives in Limbo 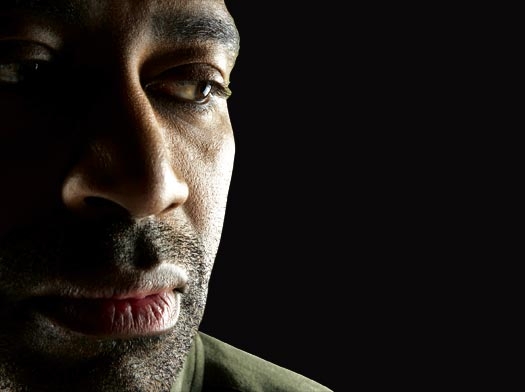 In the heart of London’s West End, a church offers a welcome to a community the capital often seems too busy to notice. Faith Today finds out more.

It’s a weekday lunchtime in a cafe just off Leicester Square, one of the capital’s tourist epicentres. Like all the cafes in the area, this one is teeming with visitors from other parts of the world; like all the rest of them, English isn’t the language you’re most likely to hear.

But there the similarities end. Because in this cafe, there’s none of the atmosphere of carefree gaiety that permeates the other establishments; and here, though there’s tea and coffee and sandwiches, no-one is expected to pay for them. The visitors to this cafe, in the refugee centre at the French Church of Notre Dame in Leicester Place, are asylum-seekers, finding a rare welcome in a city that often seems too busy, and too wrapped up in itself, to care about their needs.

The asylum-seekers who use the centre are mostly from Congo in west Africa. Many have left because of political persecution; some, though, left because of the economic difficulties in their country. ‘We don’t operate under any illusions,’ says Sammy, an advice worker here. ‘It’s not surprising that they wanted to leave, given what they were up against there. Those who had political problems were usually just supporting the wrong party at the wrong time. They came here because, despite everything we know, there’s still this myth in Africa that the streets of Europe are paved with gold, and that all you need do is get here, and all will be well…’

There’s still this myth in Africa that the streets of Europe are paved with gold, and that all you need do is get here, and all will be well…The reality, especially in these tough economic times, could hardly be more different. ‘When they get here and find out it’s not how it is, it’s too late to go back,’ says Sammy. ‘They’d lose face, and anyway money has been paid to get them out of the country. People back home are depending on them, so they battle on here regardless.’

But battling on is hard, and can be lonely. It’s also, for some, the only way forward – because to go back would be to risk persecution, even death. That’s how it was for Hypo, a 46-year-old father of nine, who speaks English and who volunteers to tell me his story. He left Congo, he says, in 2003 ‘because the government there wanted to kill me.

‘I was an intelligence officer, and there was a plot to kill the president. I was accused of knowing about the plot and not doing anything about it, and I was imprisoned for three months. They tortured me and beat me every day – they tried to destroy me.

‘Eventually, when I was so badly injured I couldn’t even walk properly, some friends helped me to escape from the prison. And they took me to the Foundation for Victims of Medical Torture, who helped me get here.’

But being in Britain was only the start of many years of fighting to be allowed to stay. ‘It took me years and years – it was only earlier this year, in July 2010, that I was finally given indefinite leave to remain.

‘Before that, I had all these years of waiting, and hoping. Your days are so empty – you’re not allowed to work when you’re an asylum seeker, and you don’t have any money. I’d left my wife and all my children in Africa…here I was totally alone. Being by myself pulled me down, it made me feel very depressed.

‘But then I heard about this centre. It’s in a Catholic Church, and I’m Moslem, but that didn’t stop them welcoming me. It meant I had a place to come, to meet other people from the Congo, to talk about my troubles. It changed everything for me – it really helped me to survive.’

What we aim for here is an atmosphere in which everyone can feel safe and valuedNow, Hypo hopes he will be able to trace his family through the Red Cross – and he even hopes that, eventually, his wife and two youngest children might be able to join him in the UK. ‘I’m focused on finding a job, and in trying to provide for them,’ he says. ‘Being an asylum-seeker is a long and difficult road, but at least I’ve got this far. I’ve missed out on the childhoods of most of my children – some of them were very young when I left, and I wouldn’t even recognise them today. But I’m going to do what I can, in the hope that things can be better for us in the future.’

It was back in 1992 that Fr Paul Walsh, one of the Marist Fathers at the church, began to realise the role Notre Dame could provide for the migrant community in central London. Although this is the church serving the capital’s sizeable French population, he himself is originally from Dublin. ‘We’re a missionary order, and when I arrived here I could see that, though this place did a great deal of good for its community, it was mostly serving the privileged French,’ he says.

‘But there were clearly other French-speaking communities with huge needs, including asylum-seekers from west Africa. And when some space at the church became available, we decided to develop it to serve their needs.’ After helping to lay the groundwork for the venture, he moved to work in Senegal and Cameroon for five years – and when he returned, the Notre Dame Refugee Centre had become a reality.

‘I’m very proud of it,’ he says. ‘It’s a professional place, and it provides a wide range of services to clients. As well as the cafe we have legal and practical advisers; we have a medical clinic; we have counselling, we have clothes and food available, and we also help with learning English.’ The centre also gives asylum-seekers rare opportunities to get out and see other parts of London and beyond: for example, trips to farm parks or playgrounds are held for families, and there’s a textiles design group which grew out of a sewing class, and which has now spawned an annual fashion show. A community garden in east London allows asylum-seekers who use the centre the chance to grow their own fruit and vegetables – a fabulous opportunity, says Fr Walsh, for them to create something from their own efforts.

‘But more than the material help it offers, and more even than the advice it gives, what the centre offers is a human space, a place which is friendly and personal, and which helps us all believe in the human links that bind us.

‘A lot of the support the asylum-seekers get comes from their bonds with one another; one of the most important functions of this place is simply to provide a meeting-place, so they can be together to talk about their situation, and to remember their own country and their past.

‘What we aim for here is an atmosphere in which everyone can feel safe and valued. We know how difficult the lives of many people who use this place is – for most, their lives are quite simply in limbo, with a traumatic past and an unknown future.’

« Monday 4 January
The Cosmology of the Magi »